Scraper conveyor with variable turning radius consists of: discharge drive, tail frame, rigid and swivel segments (allow to swivel each segment up to 15° angle). There is an option to assembly several swiveling segments as one conveyor installation.

Scraper conveyor is underslung by carrying trolleys on the suspended monorail track and return end with hopper container is assembled directly to roadheader’s tail.

ASK FOR THE PRODUCT 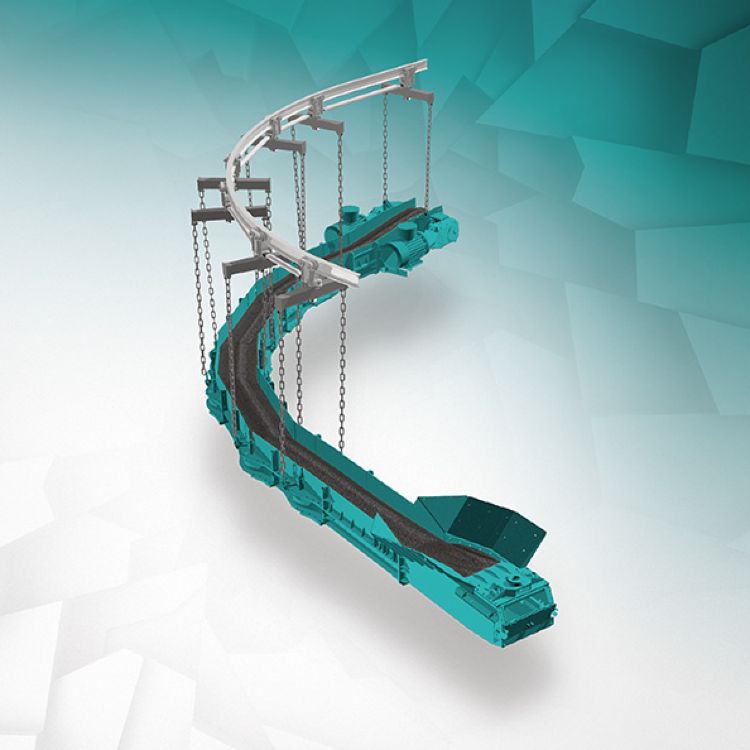 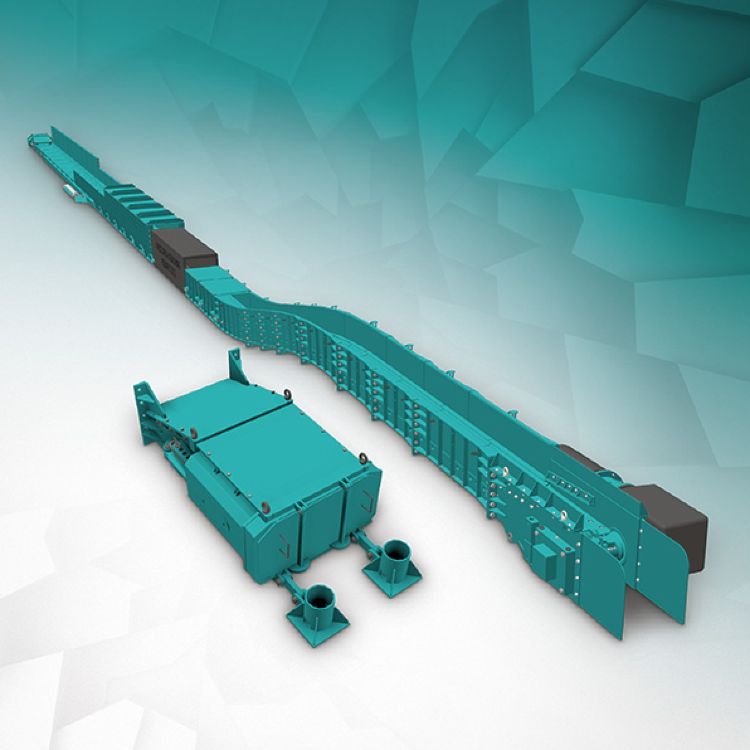 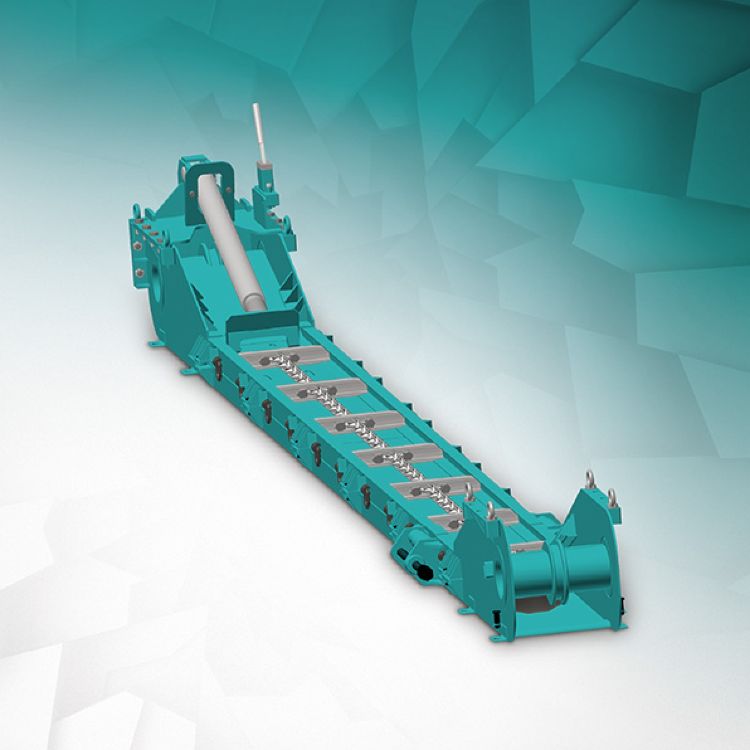 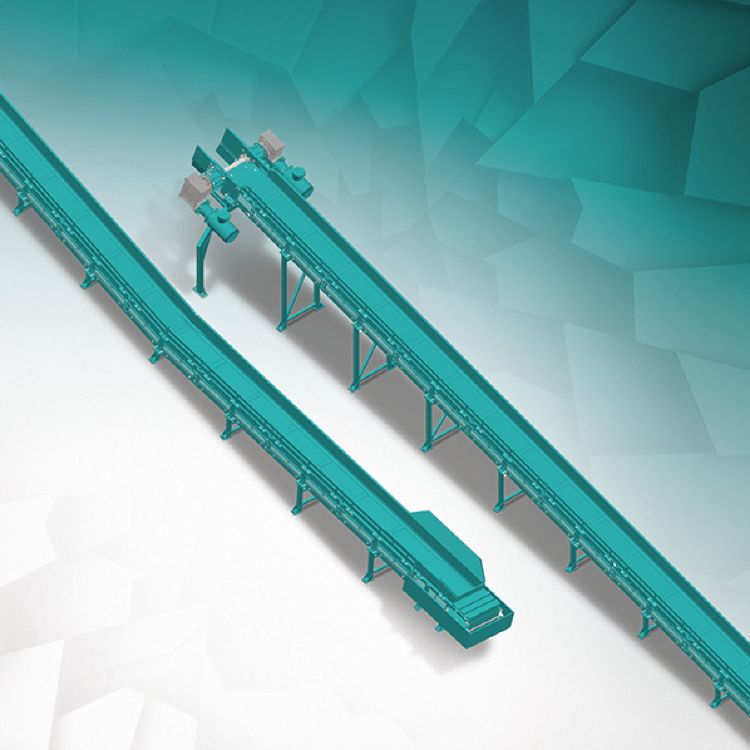 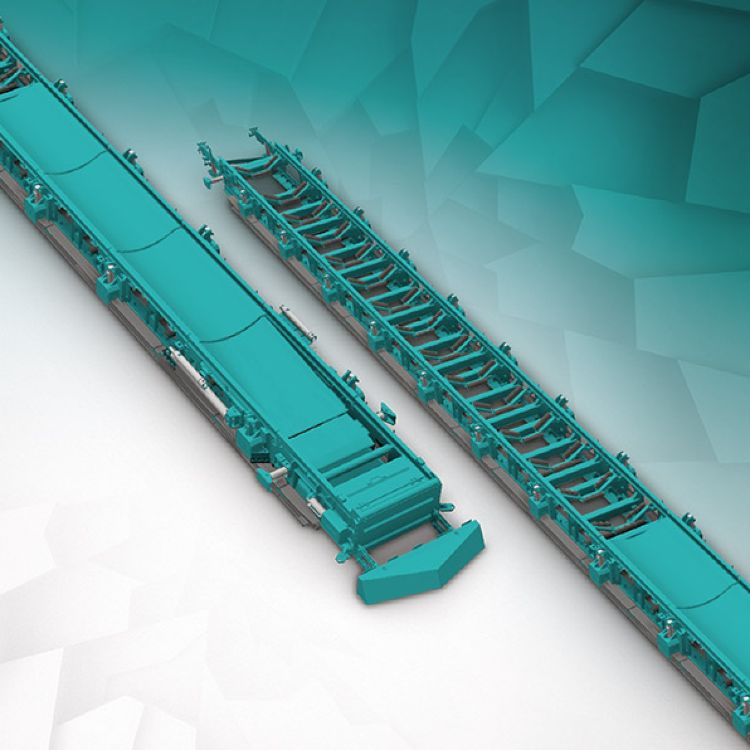 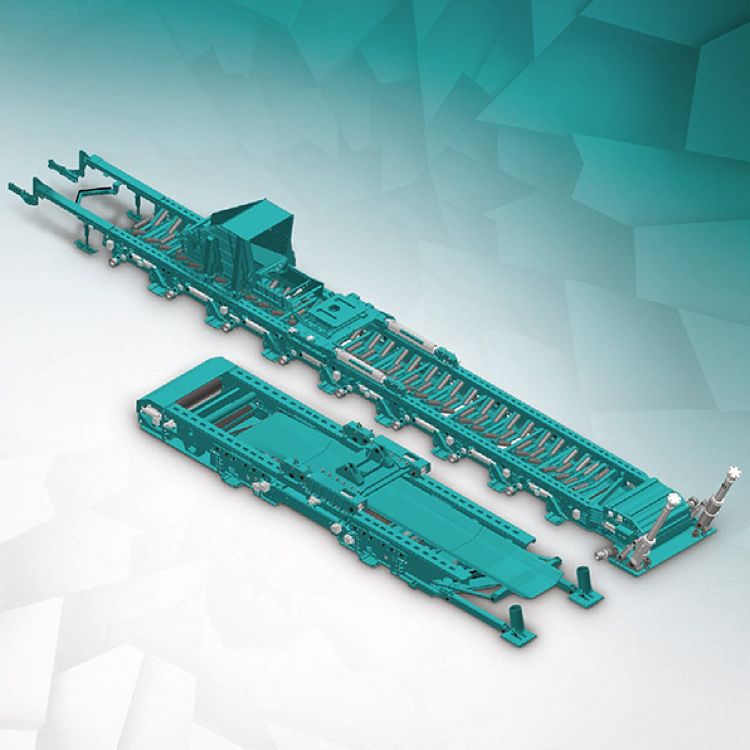 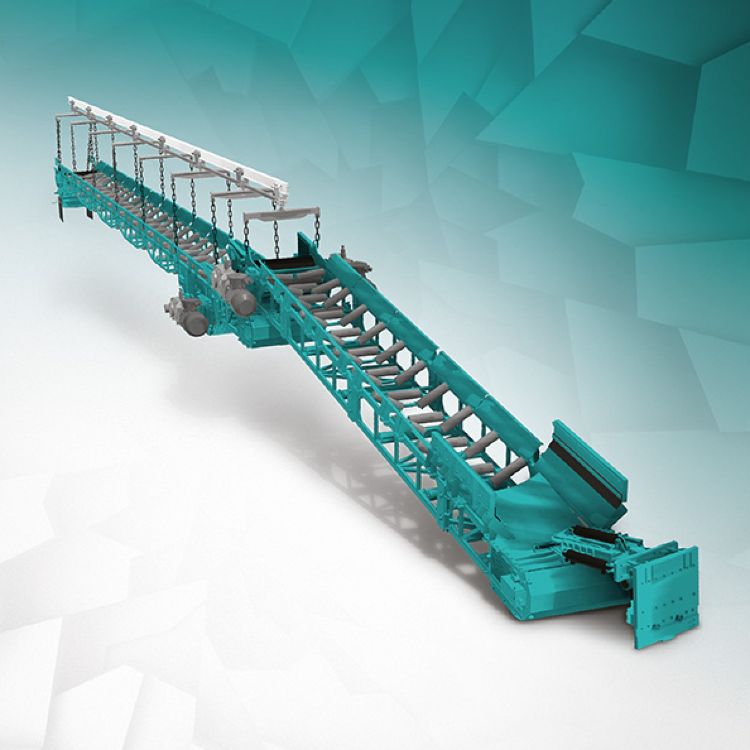